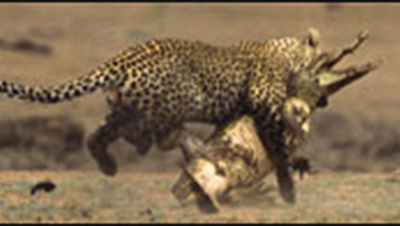 The astonishing spectacle of a leopard savaging a crocodile has been captured for the first time on camera. A series of incredible pictures taken at a South African game reserve document the first known time that a leopard has taken on and defeated one of the fearsome reptiles.

The photographs were taken by Hal Brindley, an American wildlife photographer, who was supposed to be taking pictures of hippos from his car in the Kruger National Park. The giant cat raced out of cover provided by shrub and bushes to surprise the crocodile, which was swimming nearby. A terrible and bloody struggle ensued. Eventually, onlookers were amazed to see the leopard drag the crocodile from the water as the reptile fought back.

With the crocodile snapping its powerful jaws furiously, the two animals somersaulted and grappled. Despite the crocodiles huge weight and strength, the leopard had the upper hand catching its prey by the throat. Eventually the big cat was able to sit on top of the reptile and suffocate is. In the past, there have been reports of crocodiles killing leopards, but this is believed to be the first time that the reverse scenario has been observed. Mr Brindley said: “I asked many rangers in South Africa if they had ever heard of anything like this and they all said no.

“It just do not make sense. The meat you get out of a crocodile is just not worth the risk it takes a predator to acquire. The whole scene happened in the course of about 5 minutes. Then the leopard was gone. “I drove away, elated in disbelief. It may have been the most amazing thing I have ever seen.” Ellie Rose, a reptile keeper at London Zoo, said: “Normally, crocodiles are well able to defend themselves against attack. I cannot think of any examples of this happening before.” 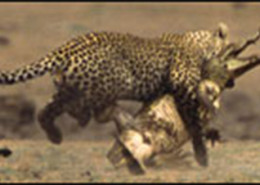 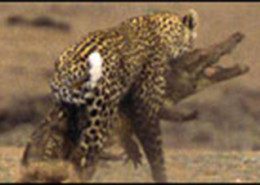 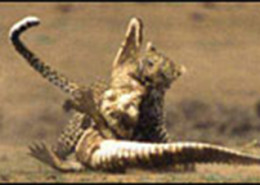 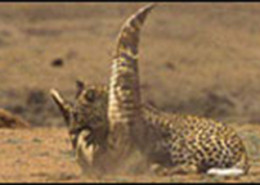 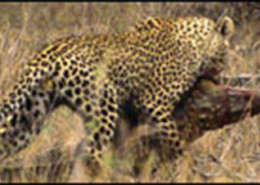 Would you like to receive our latest newsletter? We send on average 6 newsletters per annum.
Kindly leave your e-mail address and we will keep you up to date.